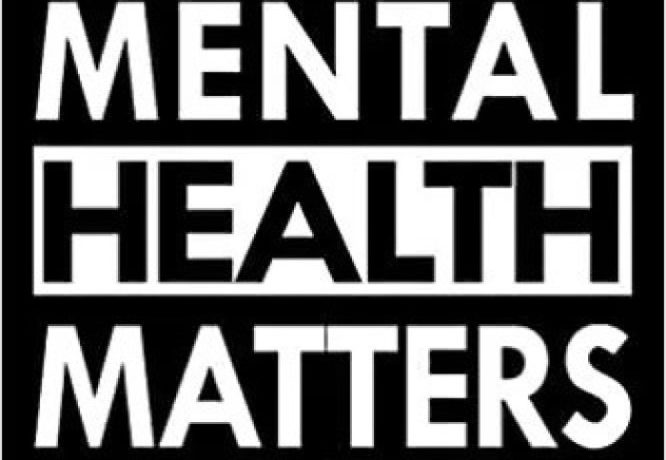 Minorities in America have unique mental health experiences. Black, Indigenous, people of color (BIPOC), and other minority groups experience systemic barriers in daily life that are so unrelatable for white Americans that many refuse to believe they exist. Recognizing the disparities in access and experience of mental health can raise awareness and reduce stigma for vulnerable people.

By nearly any measure, Black people suffer worse health outcomes in America. Black women are three to four times more likely to die from pregnancy-related causes compared to white women. Black children are more than three times more likely to die after surgery than white children. Marginalized people face countless challenges to good health, among them food, transportation, and income. Healthcare services are often more expensive, with over 30% of medical expenses faced by BIPOC being associated with health inequities. The stress of living life inescapably affected by racism has very real effects on a person’s physical and mental health.

Black people are less likely to use psychiatric medications or administer them to a child in their care, even when they have equal access. Aside from a lack of diversity, experts say that this is possibly due to a general lack of cultural competence among healthcare and psychiatry professionals. Black and indigenous people are more likely to report a distrust of healthcare institutions, having historically been the subject of harmful experiments and forced sterilization.

BIPOC are under-represented in medical research, making the available information about their health sometimes less valuable or reliable. In dermatology, where images are critical for diagnoses, the lack of images of darker skin poses a significant barrier to proper treatment and medical education. Skin conditions can be subtler or harder to see in dark skin, and physicians who haven’t been adequately trained with such images are prone to misdiagnose people of color. Even regularly used instruments such as pulse oximeters do not work as well on non-white skin, often leading to BIPOC receiving less supplemental oxygen than white people. Experiencing discrimination and implicit bias from healthcare providers is associated with higher rates of psychiatric disorders, substance abuse, and suicide in patients of color.

As the COVID-19 pandemic continues to affect the U.S., the virus has hit Black Americans exceptionally hard. Black people are more likely to live in poor neighborhoods, work at riskier occupations, and have more underlying health conditions and limited access to healthcare; but similar inequities even exist in Black communities with above-average wealth and healthcare access. BIPOC people receive poorer quality care than white patients across all medical interventions and routine health services — even when insurance status, income, age, comorbid conditions, and symptom expression are equal. Differences even exist between Black and white patients in the length of wait time for appointments and the ability to schedule follow-up appointments. This can result in delayed healthcare — which leads to higher costs and poorer health outcomes for illnesses, including COVID-19.

Early in the availability of coronavirus vaccines, minority populations had lower vaccination rates — but this was likely to be due to lack of access as opposed to vaccine hesitancy. Communities of color are often underserved with transportation and internet access, and not adequately provided information on how to get vaccinated. There have been many reports of non-resident white people making appointments in areas serving BIPOC due to their availability, where resident non-white people are often not able to get time off from work or caregiving to get to an appointment or recover from side effects. In the wake of exhausting federal funds, uninsured people — who are more likely to be racial minorities — have faced financial barriers to access COVID testing and treatments.

Starting from a young age Black children are more likely to be disciplined or receive harsher punishments, though no studies have shown Black students misbehave at higher rates. Minor transgressions such as cannabis possession are aggressively enforced in communities of color — even in states where it’s been legalized — with ramifications that can lead to a lifetime of lost opportunities for adolescent BIPOC that white people rarely face despite comparable usage rates. The recent criminalization of abortion/pregnancy loss is much more likely to affect these communities that already experience heightened levels of policing.

People of color experience inordinate violence by law enforcement, which greatly affects the public health of our communities. American police shoot and kill more than 1,000 people every year, with Black people nearly three times more likely to be shot and killed by police than white people. Patterns of state-sanctioned violence and response to protests seeking justice significantly reduce public confidence in police. The systemic lack of accountability for frequently senseless deaths can make individuals and communities feel helpless or angry in the face of injustice and weighs heavy on the mental health of the entire nation.

Police interactions perceived as unjust, discriminatory, or intrusive are associated with adverse mental health outcomes including symptoms of anxiety, depression, and post-traumatic stress disorder (PTSD). Violent policing, criminalization, and incarceration are all threats to health. Even wearing a mask during the ongoing pandemic can put Black people at risk of being harassed or profiled. Racism and police brutality have been declared serious public health crises by health groups such as the American Medical Association (AMA), American Nurses Association (ANA), National Nurses United (NNU), and the American Psychiatric Association (APA).

Black and indigenous people are not the only victims of racist violence or systemic barriers to justice. Asian-Americans have reported more threats and assaults committed against them since the beginning of the coronavirus pandemic. Following the mass shooting of several Asian-owned spas and massage parlors in Atlanta, GA last year, police repeated the killer’s claim the murders were not racially motivated but were desperate acts to reduce sexual temptation — despite the obvious hate crime of gendered racial violence fueled by misogyny, xenophobia, the fetishization of women of Asian descent, and the stigmatization of sex work.

Over 5,000 migrant children were separated from their parents/families at the U.S. border under the Trump administration’s “zero tolerance” policy and now face risk of profound physical and mental health problems. The conditions in which immigrants are incarcerated have been compared to torture facilities or concentration camps, where doctors reported being denied entrance to administer free flu vaccinations to the confined and vulnerable people in detention. In some cases, children had confidential information shared with therapists weaponized against them by Immigration and Customs Enforcement (ICE) in deportation hearings. Pediatricians and psychologists report that such early traumatic experiences can disrupt the building of children’s brain architecture, causing them lifelong harm.

Thousands of children were ripped away from their parents with no plan to ever reunite families. President Biden formed a task force that is undergoing the slow process of reuniting children, but has united just over a hundred of the more than 2,000 young people who remain separated from their families. The Biden administration has upheld that families are not entitled to compensation, despite the lifelong mental health consequences these families and children face. Customs and Border Protection (CBP) is still separating children from their families and conditions remain largely unchanged for those incarcerated well over a year into the new administration. The number of immigrants detained by ICE/CBP in for-profit prisons has exploded in that time — some private prisons have seen their populations quadruple. The higher incarceration rates have coincided with an increase in the number of people who test positive for COVID-19 while in detention.

Intersectionality can exacerbate a person’s experience of intolerance. Intersectionality is the interconnected nature of social categorizations such as race, class, sexuality, and gender identity/expression as they apply to an individual that overlap with interdependent systems of discrimination or disadvantage. BIPOC who are LGBTQIA (lesbian, gay, bisexual, transgender, queer, intersex, and asexual) can experience body dysmorphia, physical or emotional abuse, or feel unsafe at school or work in concert with the detriments of systemic racism. BIPOC and LGBT+ people are also more likely to be the victims of sexual violence.

There has been a resurgence of politicization of LGBTQIA identities that echo homophobic/transphobic campaigns from the 1970s in which far-right and religious groups characterized gay, lesbian, and transgender people as trying to harm or corrupt young people. This led to LGBT+ civil rights protections being stalled for decades. Some state legislatures have moved to actively criminalize gender-affirming healthcare for trans youth or deny the existence of LGBTQIA people. The language used and legislations passed negatively affect the mental health and safety of LGBTQIA families.

Studies have shown that long-term discrimination can lead to a disruption in the stress hormone cortisol, leaving people with less biological energy and more fatigue. That type of chronic sustained stress contributes to health conditions like diabetes, obesity, and depression. It can all take a significant toll on a person’s mental health. The prevalence of news media depicting police violence and viral videos of racial profilings can have PTSD-like effects on young people. This trauma only compounds a person’s individual experiences of racism, isolation, being silenced or stripped from their sense of value or belonging.

Mental healthcare can be vital for anyone, especially those affected by racism and discrimination. When meeting with a provider, it can be helpful to ask questions to get a sense of their level of cultural sensitivity. Providers expect and welcome questions from the patient since this helps them better understand what is important in their treatment. Some questions to consider asking are:

NeedyMeds has information for nearly 7,500 free, low-cost, or sliding-scale clinics throughout the country that offer counseling or mental health services. Search your ZIP Code for mental health clinics near you, or call our toll-free helpline for information at 1-800-503-6897 (open Monday through Friday, 9am to 5pm ET).

We encourage everyone to educate themselves, strive to understand the difficulties and experiences people around us live with, and to replace stigma and bias with hope and support. If you or someone you know is suffering in these trying times, it is important to know that no one is alone in their struggle. Call for assistance, whether help is needed immediately or long-term.