Donald Trump, President of the United States, has taken steps to systematically change America’s health insurance system. He has failed on his promise to pass healthcare reform through Congress due to lack of support, mostly from the destabilization the American Health Care Act (AHCA) and Better Care Reconciliation Act (BCRA) would have caused for premium costs and uninsured rates. The morning of October 12 he signed an Executive Order undermining the Affordable Care Act (ACA) and opens the door to low-benefit insurance despite lack of Congressional support. Later that night, Trump ordered an immediate end to subsidies to insurance companies that help cover low-income Americans between 100% to 250% of the Federal Poverty Level (FPL).

Trump has repeatedly called the ACA (aka Obamacare) a “disaster” that is “failing” despite the more than 50 million uninsured in 2009 decreasing to 28 million uninsured by 2017. Since taking office the Trump administration has been criticized for “sabotaging Obamacare” by using ACA funds for anti-Obamacare ad campaigns, cutting the enrollment period in half, and planning weekly 12-hour maintenance outages to the ACA enrollment websites during the enrollment period. These most recent executive orders enables insurers to offer plans that provide few benefits, so seemingly less expensive premiums would leave patients with high out-of-pocket costs, and directly impacts low-income Americans and may lead to many losing coverage or making impossibly difficult decisions of whether to eat or receive health care. 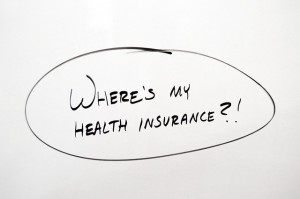 In a recent blog post we dove into the details of understanding health insurance, including how the nuances are often overlooked or misunderstood by many politicians. Trump claims his executive orders will promote competition within insurance companies that will drive down costs while improving care. Experts say that removing subsidies and essential health benefits will destabilize the insurance market, driving up the cost of premiums while consumers lose options and benefits—the same concerns that caused the “Trumpcare” bills to fail in Congress.

NeedyMeds also encourages Americans to be active in the legislative process: If you have an opinion on the future of the Affordable Care Act or other healthcare issues in the United States, call 202-224-3121 to reach the U.S. Capitol switchboard; from there you can be connected to your elected House Representative or Senator’s office.

NeedyMeds will continue to provide information as the need for assistance navigating the often expensive landscape of health care rises. The NeedyMeds website has databases of Patient Assistance Programs (PAPs), Diagnosis-Based Assistance (DBAs), and Free/Low-cost/Sliding-scale Clinics to help those in need. The NeedyMeds Drug Discount Card can save users up to 80% off the cash price of prescription medications for those without insurance or choose to use the card instead of insurance. In addition to the plastic card, the card is available in a printable form or a smartphone app for Apple and Android devices. For more help finding information, call our toll-free helpline Monday-Friday 9am-5pm Eastern Time at 1-800-503-6897.