About 1 in 8 U.S. Women will develop breast cancer in their lifetime, with an estimated 232,340 new cases this year according to breastcancer.org. Cervical Cancer was responsible for 4,030 deaths in the United States in 2013. The National Breast Cancer and Cervical Cancer Early Detection Program (NBCCEDP) is a national program available in every state that provides free or low-cost breast and cervical cancer screenings via the Center for Disease Control and Prevention (CDC). There are some restrictions, based on age and income. The program originated when Congress passed the Breast and Cervical Cancer Mortality Prevention act of 1990, which directed the CDC to create the NBCCEDP.

Qualifying – Who it Serves

The program does have specific eligibility requirements that are the same in each state. Financially patients must be at or below 250% of the federal poverty level and be uninsured or underinsured. For breast cancer screenings only women aged 40-64 are eligible, while women aged 21-64 are eligible for cervical cancer screenings. According to the CDC approximately 10% of women in the United States qualify for the program, but only about 10% of those who qualify use it. According to the CDC, “Deaths from breast and cervical cancers could be avoided if cancer screening rates increased among women at risk. Deaths from these diseases occur disproportionately among women who are uninsured or underinsured.” So the more women who get screened, the better. 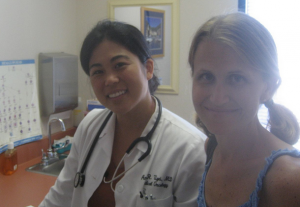 The benefits of the program include a wide range of breast and cervical cancer screening as well as other services. The CDC website has a list of services including clinical breast exams, mammograms, Pap tests, pelvic exams, human papilomavirus (HPV) tests, diagnostic testing, and referrals. Furthermore, the Breast and Cervical Cancer Prevention and Treatment Act of 2000 gave women who are diagnosed with cancer in the program access to treatment through Medicaid. The program is now available in all 50 states, the District of Columbia, five U.S. territories, and 11 American Indian/Alaska Native tribes.

The Affordable Care Act has had an overall positive effect on the National Breast Cancer and Cervical Cancer Early Detection Program. According to the CDC, “implementation of health care reform through the Affordable Care Act will increase access to breast and cervical cancer screening services for many low-income, underserved women through expanded insurance coverage and eliminating cost-sharing.” The CDC did a full study on healthcare reform and its effect on women’s health, which can be read here.

How to Find a Program

Finding a program is easy. NeedyMeds lists each program under State Sponsored Programs, a sub-category of Government Programs. From our home page click on State-Sponsored Programs, find your state, and the NBCCEDP Program will be listed on that page. Many states have screening programs in addition to the NBCCEDP screening program as well. There is also plenty of information on the program on the CDC website.

Depression Awareness Can Save Lives

The Costs of Coronavirus