Crowdfunding Your Power To Heal

“Crowdfunding” is a buzzword that hasn’t quite made it to everyone’s ears yet. It refers to the practice of collecting donations from a group or “crowd” to raise money through small donations towards a single goal. The platform has existed for longer than most would think—19th century literary works were published in a similar way, local or noteworthy patrons giving commissions to an author for a future copy of their work. The Internet has revolutionized the reach of crowdfunding. Kickstarter is the name most commonly associated with crowdfunding, helping fund creative projects with backers usually receiving a reward for their pledged donation.

Charitable crowdfunding, though typically absent of any reward incentive (isn’t giving its own reward?), has also been hugely impacted by the Internet. New platforms are using modern technology to elicit donations for personal or cause-based campaigns. Individuals raise funds to help recover from a disaster or personal tragedy, pay their pet’s vet bills, fund honeymoons, and to help pay their own medical bills. These personal campaigns can spread through social media beyond those you personally know to people who simply support your cause. Over $100,000,000 has been raised through charitable crowdfunding campaigns.

With medical bills being the largest cause of bankruptcy in the United States, crowdfunding can be a lifeline where there may be no other viable solutions. Costs of care can prevent someone from seeking out a doctor or buying their prescription medications, leading to worse financial problems in the future if their condition worsens. According to a 2011 study by the National Bureau of Economic Research, half of American adults say they wouldn’t be able to easily produce $2,000 in the event of a medical emergency.

Part of NeedyMeds’ mission statement has always been to help people facing problems paying for medications and health care. With all of this in mind, we have taken what we see as the next logical step in crowdfunding towards medical expenses with a new project: HEALfundr.

Our vision for HEALfundr is one of secure, 100% verified campaigns where funds are paid directly to legitimate medical expenses. We have designed a unique new crowdfunding platform that helps relieve the stress of managing finances in times of health crisis as well as granting the donor confidence that their donation is going to an essential need and directly where it should. 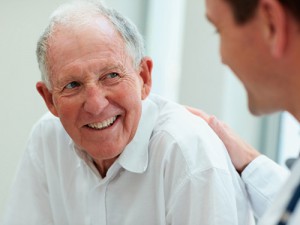 The only eligibility requirements of HEALfundr are that you have legitimate medical expenses and are a resident of the United States or its territories—there are no limits on income level or insurance status. To verify campaigns, we require a letter from a diagnosing or attending doctor. In case we have questions, we ask for a release form allowing the doctor to discuss the patient’s healthcare with HEALfundr.

Every campaigner that is approved gets their own personal campaign page where they can share their story, post updates, and receive words of encouragement from donors. Bills are submitted to HEALfundr and paid directly with the crowd-raised funds. Our hope is that this new project will truly give people the power to heal.