We have been tracking the new healthcare bill being proposed by the U.S. House of Representatives, the American Health Care Act (AHCA). After passing the House last month, the bill was sent to the United States Senate where it was redrafted into the Better Care Reconciliation Act (BCRA), which they are planning on holding the vote for after the July 4th recess. The Congressional Budget Office (CBO) has released their analysis report on the BCRA’s impact on the Federal deficit and American’s premiums and insurance status.

Previous CBO scores for Affordable Care Act (ACA) repeal/replace bills have shown millions of Americans would lose health insurance while premiums rise for several years before falling, primarily for the healthiest and youngest Americans while older people and those with pre-existing conditions could see much higher healthcare costs. The analysis of the most recent bill concurs that 49 million Americans under 65 years old would be without health insurance (compared to the projected 28 million under the Affordable Care Act). The CBO also cuts funding to Medicaid by $772 billion over the next ten years; enrollment is expected to fall by more than 15 million people by 2026, 57% of which covers children or disabled Americans. 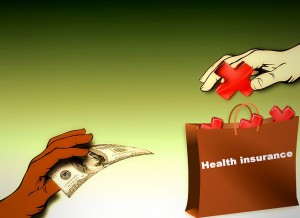 As found in previous reports, premiums are expected to rise leading up to 2020. Premiums would rise an average of 74%, with Americans under 18 years old seeing a 10% increase in premiums while they would more than double for those 55 and older. Analysis also found poverty level would impact premiums, with those below 200% of the Federal Poverty Level (FPL) seeing an increase between 82% to 294% based on age (older Americans paying the most) and those above two times the FPL experiencing smaller increases but still seeing those over 55 paying almost double for their insurance premiums.

As with previous versions of the bill, minimum standards of care are expected to be diminished while annual and lifetime limits on insurance benefits would make a return to pre-ACA circumstances. The costs of insurance would be higher for less benefit, while the most vulnerable—the elderly, those in poverty, and those with pre-existing conditions—won’t be able to afford substantial coverage, or could have their coverage cancelled if they exceed a certain amount of medical expenses in a given year or even within their lifetimes.

There will be further developments in the American Health Care Act/Better Care Reconciliation Act and any repeal or changes to the Affordable Care Act, and we at NeedyMeds will try to keep up-to-date on the details. We at NeedyMeds prefer to remain apolitical—we work in a diverse office with people of varying backgrounds and views—but we believe in being informed and that those in need deserve care. It should be clear that NeedyMeds supports improved access to care as well as lower costs for medications and healthcare services for all.

NeedyMeds also encourages Americans to be active in the legislative process: If you have an opinion on the AHCA/BCRA or the future of healthcare in the United States, call 202-224-3121 to reach the U.S. Capitol switchboard; from there you can be connected to your elected House Representative or Senator’s office.