Drug prices continue to be a major concern for Americans.  According to a Kaiser Family Foundation Health Tracking Poll published today, 77% of those surveyed said medication costs were their number one health concern, reflecting recent headline-making increases.  Furthermore, 63% support government action to lower prescription drug costs as a top priority. Compared to a study by the same organization from August, the results are largely the same with notably increased support of government intervention.

The United States is the only developed nation that allows drug makers to set their own prices. Throughout Europe, Canada, and Australia, governments negotiate the price of drugs with pharmaceutical companies in the name of public interest.  The United Kingdom, for example, negotiates through the National Institute of Clinical Evaluation (NICE). NICE researches and analyzes new drugs, procedures, and devices and tells the manufacturers the price the UK is willing to pay. These practices make life-saving healthcare affordable to all those who need it in their countries.

In the US, pharmaceutical companies set the price of their medications. These price-points are based on profit margins and what competitors charge for similar products (similar in number of prescriptions; not necessarily similar in function or diagnoses). Sharing a market with $100,000 cancer treatments leads to new drugs trying to match those prices. Steven Pearson, founder and president of the Institute for Clinical and Economic Reviews, a nonprofit that evaluates evidence on medical tests, describes it this way: “It’s not a market. It’s a drug maker saying what they want.” 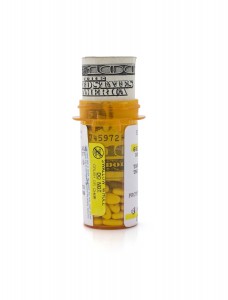 While it’s easy to attack a pharmaceutical company for seemingly greedy practices, they are only taking advantage of a system that refuses to see the greater issue—if patients can’t afford a medicine they need, they could have worse odds of living. Certain drug manufacturers have responded to criticisms by saying they will lower the price of their medication, but have as of yet failed to follow through with their pledge. For the bigger issue of the system in which the US health industry exists, there is unfortunately no easy answer. The Congressional Finance Committee is currently reviewing a law proposed to help those with Medicare with the high costs of medications, as well as allow government negotiations with pharmaceutical companies and importing medications from nations that offer life-saving drugs at a lower price. A number of states are also working on passing bills that will put a cap on out-of-pocket costs for prescribed medications; a few states already have similar caps in place.

NeedyMeds exists to help those struggling with the high costs of medicine and medical care. Our site has databases of Patient Assistance Programs (PAPs) that offer brand-name or generic drugs for low- or no cost. Daraprim, a toxoplasmosis medication that increased sharply in price last month, is only one such drug offered by such a program. You can search your medication in the Drug Search on the NeedyMeds website, or call our toll-free helpline (800-503-6897).

Prescriptions Cost More in the US

All About Juvenile Arthritis