We have covered the rising costs of medications in previous blog posts (at length), often times regarding specific medications that—while being life-changing—only affects a relatively small population. Despite the smaller personal impact of these raising prices, we address them because they are indicative of a much larger issue.  The issue comes into clearer focus when a life-saving auto-injection device that is necessary to survive allergic reactions for as many as 15 million Americans raises its price by over 500%.

EpiPen has become synonymous with epinephrine auto-injectors used by those with severe allergic reactions.  In 2007 a two-pack of EpiPens cost $56.  Today, the same two-pack is now $365. The device itself contains about $1 worth of epinephrine.

Last year, a generic medication for toxoplasmosis—a parasitic infection that often targets individuals with weakened immune systems such as those with AIDS or cancer—increased from $13.50 per pill to $750 per pill. Despite relatively low prescription rates of the drug, the spike in price caused an uproar in national media and pharmaceutical landscapes.  EpiPens, on the other hand, are incredibly popular in the United States, being able to save the lives of those going into anaphylaxis—a severe and potentially deadly reaction from exposure to an allergen, some as common as bees or peanuts. 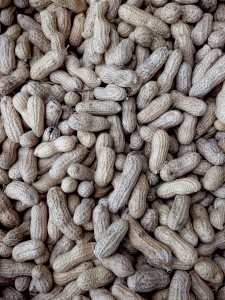 With 1 in 13 children living with a severe allergy, the increase in price is putting stress on parents who are trying to prepare children to return to school. A report from the Food Allergy Research & Education advocacy group found some families split two-packs between home and school (doctors suggest having two doses on hand in case of emergency), keeping the devices past their expiration dates, or delay refilling their prescriptions, putting patients in real danger.

Congress is getting involved, asking for an explanation to justify the price increase to a medication that can mean the difference between life and death for millions of Americans. The pharmaceutical company notes that most EpiPens are covered by insurance and they often provide discounts to those in need, though these factors are of little comfort to those who are under- or uninsured and already struggling financially.  Independent Senator from Vermont and former Democratic presidential nominee Bernie Sanders has continued to call it “very, very wrong when drug companies value their profit over the lives of their customers.”

NeedyMeds has information for a Patient Assistance Program (PAP) that provides EpiPen two-packs for low or no cost as well as available coupons.  For more information, please call our toll-free helpline at 1-800-503-6897.