We have written a lot about mental health this year. Suicide is a leading cause of death in the United States. Each year over 45,000 people in America kill themselves — a rate that has increased 41% since 1999. Mental health conditions are often seen as the cause of suicide, but 54% of those who commit suicide do not have a known mental illness.

Suicide is rarely caused by a single factor, and is also affected by personal relationships, substance use, physical health, and stress from jobs, money, legal issues, and/or housing. In addition to September being Suicide Prevention Month, the week surrounding World Suicide Prevention Day is National Suicide Prevention Week. Awareness is important to end the stigma of suicidal feelings and help more people access life-saving help in dark times.

Anyone can have suicidal thoughts, but it is important to know they are not permanent. Having suicidal thoughts is not a sign of weakness or failure, but is a symptom of profound distress. Suicidal thoughts and behaviors can be very damaging and dangerous, and should be considered a psychiatric emergency.

Other than mental illness, there are a number of risk factors for suicide: 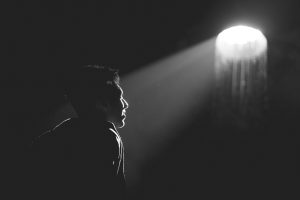 Certain populations can be more at risk than others. Suicide rates have been shown to be higher in rural areas, particularly in counties with small populations and lower incomes. Women are more likely to attempt suicide, but men are more likely to die from it. LGBTQIA people are at a higher risk for attempting suicide than heterosexual/cisgender individuals, especially among those who experience rejection from their families. People of color, immigrants, and other underrepresented communities also face unique factors affecting their mental health that can lead to tragic outcomes.

There are warning signs to watch for if you are afraid someone you know may be having suicidal thoughts:

The more serious signs include: 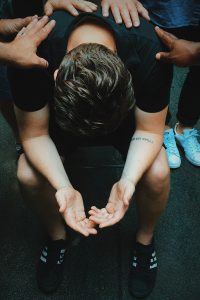 If you know someone who might be thinking about suicide, you can help by offering to listen. Listening to someone can show that they are cared for, give them a greater feeling of control, and help them feel connected to another person. It is important to remain calm and vigilant of their feelings.

After listening for a time, ask the person if they have thought about suicide. Asking can be scary and difficult, but the answer will give more information than watching for warning signs. If they answer “No,” keep listening; don’t tell them you are glad or relieved, as they may be less likely to be honest if their answer changes. If their answer is “Yes,” it is important to stay calm and not show signs of fear or anger; keep listening, let them know you care, and ask questions about any further thoughts or plans to commit suicide. Get the person help, even if they have not agreed to it. Telling a professional about your concerns can save their life.

Beyond the emotional toll suicide takes on all those it affects, there is a financial cost. The average cost of one suicide is estimated at $1,329,553. More than 97% of this cost is due to lost productivity; the remaining 3% are costs associated with healthcare costs. The total cost of suicides and suicide attempts is estimated at $93.5 billion. Every $1 spent on psychotherapeutic interventions and interventions that strengthened linkages among different care providers saved $2.50 in the cost of suicides.

NeedyMeds has information for over 5,000 free, low-cost, or sliding-scale clinics throughout the country that offer counseling or mental health services for those in need. Search your ZIP Code for mental health clinics near you, or call our toll-free helpline for information at 1-800-503-6897 (open Monday through Friday, 9am to 5pm ET).