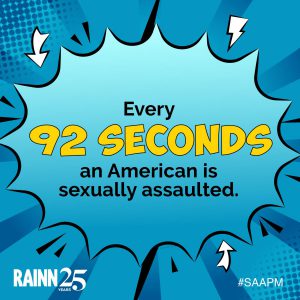 Since 2001, April is recognized as Sexual Assault Awareness and Prevention Month. Over the past year and half, the #MeToo movement has grown to bring sexual violence, abuse, and toxic behavior into the forefront of American culture, but there is still much misinformation and stigma to combat to ensure the health and safety of everyone affected. Rape is the most under-reported crime, with 63% of sexual assaults not being reported to police. Despite misconceptions, the prevalence of false reporting is low — between 2-7%. The consequences of sexual assault reach far into the lives of survivors, families, and communities and have a major effect on public health.

Sex workers (escorts, exotic dancers, dominatrixes, pornographic actors, phone sex operators, nude models, etc.) are often ignored when it comes to sexual violence and have their jobs conflated to sex trafficking on a policy level, endangering people working consensually in the sex industry and their livelihoods. By omitting the sex worker community from conversations about sexual assault prevention and rape culture, it perpetuates the stigma and culture of violence that allows violence to be perpetrated against them.

People with a history of being victimized by sexual harassment or assault are three times more likely to have depression and twice as likely to have anxiety. Trauma can happen whether or not an individual is physically harmed, and can have lasting effects on one’s emotional or physical wellbeing. A recent study from the Journal of the American Medical Association (JAMA) found women with a history of sexual assault have higher blood pressure and poorer sleep. Unwanted sexual attention that may appear “complimentary” on the surface can affect a person’s self-esteem, body image, or sense of self-worth.

Accompanying body image and self-esteem issues, sexual harassment can lead to disordered eating or lack of appetite. Harassment can take pleasure out of experiences survivors would otherwise enjoy and cause them to withdraw from activities or places they frequent, going so far to change daily habits to avoid discomfort. One’s mind’s perception of sexual harassment as a threat can lead to chronic elevation of the stress hormone cortisol which can lead to inflammation throughout the body, lower immunity, and raise the risk for serious conditions like heart disease and cancer.

A disturbing trend in our culture is the blaming of survivors of sexual violence for their victimization. Sexual predators and other perpetrators of sexual violence are often given the benefit of the doubt with their supporters citing how “good” they know the accused to be, asserting that the victim is not “innocent” enough, or making victims feel responsible for their own assault.

How to Save a Life: Suicide Prevention