The last week of March has been LGBT Health Awareness Week since 2003. We have gone over some of the barriers to health care for some of the transgender community in previous blog posts, but it remains important to bring awareness to the unique healthcare needs of lesbian, gay, bisexual, and transgender people and the health disparities that continue to beleaguer the lives of so many Americans. 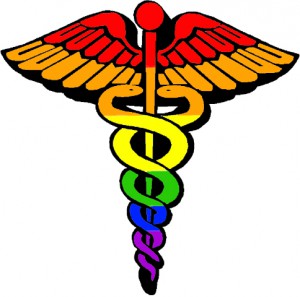 The Affordable Care Act (ACA) had helped over 10 million Americans gain insurance during the Obama administration. The ACA also prohibited health insurance marketplaces from discriminating on the basis of sexual orientation and gender identity. The 2015 Supreme Court ruling of Obergefell v. Hodges recognizing marriage between gay and lesbian couples throughout the United States led to more married couples to access their spouse’s health insurance.

The Trump administration has since dismantled many protections for equal access to care for LGBT people. Shortly after Trump took office, regulations to ban discrimination in Medicare and Medicaid were stopped and the White House declined to enforce the ACA’s anti-discrimination mandate, signalling they would roll back the rule. Throughout his first year, senior advisors for LGBT health were reassigned to less effective positions and questions regarding sexual orientation were removed from federal surveys. In late 2017, President Trump fired the Presidential Advisory Council on HIV/AIDS (PACHA) which concerned advocates believe is part of an “effort to erase LGBTQ people.” The mass dismissal followed six members resigning the previous summer, citing the Trump administration’s apparent disinterest in helping the HIV/AIDS community. In January 2018, it was announced the Department of Health and Human Services (HHS) would form a new Conscience and Religious Freedom Division that would functionally allow doctors to refuse treatment for those that go against their religious beliefs—further limiting access to care and undermining the civil rights, health, and well-being of LGBT people, women seeking reproductive health services, and others. Just this month, the HHS-operated Office for Women’s Health website removed the “lesbian and bisexual health” page and other related links.

The LGBT community continues to rank among the most underserved populations in terms of health care. Homophobia and stigma can negatively impact one’s ability to receive suitable care. Over 27% of transgender people in the U.S. report being denied health care. Mental health is a major concern for LGBT individuals often dealing with physical or emotional abuse, body dysmorphia, depression, or feeling unsafe at school or work, and there are still areas of the United States where finding sympathetic and appropriate help can be prohibitively difficult. If you are looking for a LGBT-friendly medical center, the Human Rights Campaign (HRC) has an interactive map with locations of over 1600 healthcare facilities in the United States. The HRC also has information on finding insurance for transgender-related healthcare, which can be a challenge for many transgender people even after the ACA.

To further help those in need, NeedyMeds has a growing list of programs in our Diagnosis-Based Assistance database for transgender/gender non-conforming people that offer various forms of assistance such as financial aid or legal services. NeedyMeds’ unique crowdfunding platform HEALfundr is also available for individuals trying to raise funds for their transition and other members of the LGBT community to receive appropriate health care. For more information, call our toll-free helpline at 1-800-503-6897 (open 9am to 5pm ET, Monday through Friday).

Tips for Managing your Weight