Medicaid is the United States’ public health insurance program for people with low incomes and chronic health conditions. Medicaid covers one in five Americans; mostly children, people with disabilities, and the elderly. The Affordable Care Act (ACA; aka Obamacare) expanded Medicaid coverage to include the working poor (those who make 138% of the Federal Poverty Level or below) who do not typically have access to affordable care. Thirty-two states have implemented the ACA’s Medicaid expansion. Some states, along with the Trump administration, have pushed for imposing a work requirement for Medicaid recipients.

Of the 25 million affected by the Medicaid expansion nearly 80% live in working families, many of whom are self-employed. Close to half of working Medicaid enrollees work for small businesses which often do not offer health coverage. Most of those who are not working report inability to work due to illness, disability, or caregiving responsibilities. 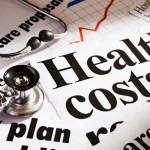 Kentucky is the first state to have the work requirement waiver approved by the Trump administration. Kentucky’s HEALTH (Helping to Engage and Achieve Long Term Health) program requires 80 hours of work, job training, or other qualified “community engagement” per month. Going to school or taking care of a child or elderly relative exempt Medicaid recipients from the new mandate. Those who do not pay their premiums for sixty days subsequently lose their coverage for six months, only to be reinstated after payment along with taking a health and financial literacy course. Under Kentucky’s HEALTH program, Medicaid enrollees pay between $1 and $15 per month, depending on income (pregnant women and children are exempt).

Supporters of the Medicaid work requirement argue that expanding coverage to low-income Americans disincentivizes “able-bodied” adults from being responsible for their care, and imposing the requirement to work promotes self-sufficiency. Opponents of the new measures say establishing work requirement will lead to fewer people enrolled in Medicaid—not because of working adults moving on to support themselves through private insurance—but due to administrative obstacles in verifying work status or documenting an exemption.

The Centers for Medicare and Medicaid Services (CMS) are accepting the Medicaid work requirement waivers as a demonstrative project to test whether they would “promote better mental, physical, and emotional health” among working poor. Under federal law the CMS must consider if a waiver is “likely to assist in promoting the objectives” of Medicaid; advocacy groups are likely to legally challenge the Trump administration’s guidelines, arguing that work requirements do not promote the objectives of Medicaid by adding a barrier to healthcare coverage. Kentucky Governor Matt Bevin has issued an executive order that would repeal the Obamacare’s Medicaid expansion in the state—stripping Medicaid coverage from nearly half a million Kentuckians—should the proposed overhaul of the federal-state health plan be struck down in court.

There will be further developments in health care in America, and we at NeedyMeds will try to keep up-to-date on the details. We are committed to continue to provide information as the need for assistance navigating the often expensive landscape of health care rises. The NeedyMeds website has databases of Patient Assistance Programs (PAPs), Diagnosis-Based Assistance (DBAs), and Free/Low-cost/Sliding-scale Clinics to help those in need. The NeedyMeds Drug Discount Card can save users up to 80% off the cash price of prescription medications for those without insurance or choose to use the card instead of insurance. In addition to the plastic card, the card is available in a printable form or the NeedyMeds Storylines smartphone app for Apple and Android devices. For more help finding information, call our toll-free helpline Monday-Friday 9am-5pm Eastern Time at 1-800-503-6897.

How to Find the Best Prices for Prescriptions