“Women are from Venus, Men are from Mars.” “Women think differently than men.”

These viewpoints appear to be widespread and popular, fueling spirited and on-going debate in the media and the arts, but what about healthcare and medicine?

Most medical research over the years has focused on white men as subjects, and results were then extrapolated to include everyone else. From an ethical perspective, there were some humanistic reasons for this, e.g., protecting women and children from experimental research that may not have benefited them. In many cases, however, research focused on those in positions 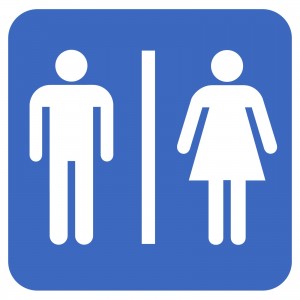 of power. This situation is slowly but surely changing, and we are now witnessing the rise of Gender Medicine.

A very interesting article in Clinical Chemistry and Laboratory Medicine, entitled “Gender Medicine: A Task for the Third Millennium,” defines gender-specific medicine as the study of how diseases differ between men and women in terms of prevention, clinical signs, therapeutic approach, prognosis, and psychological and social impact. They focus on five major fields of medicine: cardiovascular disease, pharmacology, oncology, liver diseases and osteoporosis.

For example heart disease has mostly been studied in men, but we do know that cardiovascular diseases are the top causes of mortality and disability in women. Further, research results reveal that risk factors, clinical manifestations and the influence of medications all can differ depending on whether you are male or female. The authors purport that “sex-related differences in pharmacokinetics (what the body does to the drug) and pharmacodynamics (what the drug does to the body) are also emerging. This is important information given that efficacy and side effects of prescribed medications may differ according to gender. It is also important information to be considered in the development of new drugs.

In our next post, we will examine further the issue of gender differences in medicine. We would love to hear your thoughts on this topic!

All About Camps & Retreats