Transgender people experience gender dysphoria, a clinically significant distress recognized by the American Psychiatric Association’s Diagnostic and Statistical Manual of Mental Disorders (DSM) caused by a person’s assigned birth gender differing from the one with which they identify. This leads to increased depression among the transgender community, which can be exacerbated by being rejected by family and friends, being the victim of abuse/violence, or experiencing discrimination. Gender-affirming operations have shown to yield long-term mental health benefits for transgender people.

Transgender people can face significant problems with accessing health care. Finding a healthcare provider who is knowledgeable of transgender health issues can be a hurdle itself; some healthcare professionals may believe that there is something wrong with a person because they are transgender — this belief is categorically false. Even after finding a knowledgeable and sympathetic healthcare provider, insurance may not cover the cost of treatment. Many transgender people are on a dosage of hormones which can affect one’s blood pressure, blood sugar, or in rare cases contribute to cancer. Some cancers found in transgender people can appear atypical — trans men are at risk for ovarian and cervical cancers, and trans women can be diagnosed with prostate cancer.

According to the U.S. Department of Health and Human Services, the Affordable Care Act (ACA) protects against discrimination based on gender identity. Despite these protections, over 27% of transgender/gender non-conforming people report having been denied healthcare. Even paperwork can be a barrier to access for transgender individuals as standard forms often only list “male” or “female” as gender options. Nearly 21% of transgender people in the US report being subjected to harsh or abusive language from a healthcare professional, and an almost equal amount say healthcare providers have blamed them for their own health conditions. Transgender people report the highest rates of discrimination and barriers to care among the LGBTQIA community. To avoid discrimination, nearly a third (31%) reported in a survey that none of their healthcare providers knew they were transgender and an additional 17% reported that only some of their providers knew.

While transgender people are not more susceptible to contracting COVID-19 than cisgender people (those whose gender identity matches their sex assigned at birth), some health habits have raised concern among health professionals. LGBTQIA people use tobacco at a rate 50% higher than the general population and COVID-19 presents with respiratory symptoms that have proven particularly harmful to smokers. Higher rates of HIV and cancer in the LGBTQIA community mean a larger percentage have a compromised immune system, which increases vulnerability to coronavirus infection. Transgender people are encouraged along with everyone to wear masks, practice social distancing measures, and wash their hands frequently to prevent spreading the virus.

Transgender Awareness Week ends on November 20, known as Transgender Day of Remembrance, observed as a vigil commemorating the transgender people lost to violence. At the time of writing, over thirty-four transgender people have been killed in the United States in 2020 — more than last year, even with the ongoing pandemic — nearly all of whom were Black or Latinx trans women. Victims of anti-transgender violence are often misgendered in police statements and media reports, which can delay awareness of deadly incidents and further perpetuate the pain of trans communities. 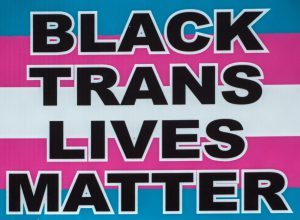 While the details of each case differs, it is clear that fatal violence disproportionately affects transgender women of color and that the intersections of racism, sexism, homophobia, and transphobia conspire to deprive too many people of healthcare, housing, and other necessities. Awareness is vital for the stigma and misconceptions about transgender people can be eliminated and allow all to be able live safely and in peace.

Human Rights Campaign (HRC) has information on finding insurance for transgender-related healthcare. To further help those in need, NeedyMeds has a growing list of programs in our Diagnosis-Based Assistance database for transgender/gender non-conforming people that offer various forms of assistance such as financial aid or legal services. We also have listings for recreational camps/retreats and academic scholarships for LGBTQIA youth and their families. NeedyMeds’ unique crowdfunding platform HEALfundr is also available for individuals trying to raise funds for their transition. If you know any programs assisting transgender people that we don’t have listed on our site, leave a comment and let us know about it.