A new study from the National Center for Health Statistics has found that 8% of Americans don’t take their medicines as prescribed because they cannot afford them.  Nearly 20% of prescriptions never get filled. Approximately 15% of respondents reported asking their doctors for a lower-cost alternative, and 2% admitted to having bought prescription drugs from another country.  With 82% of Americans being prescribed at least one prescription medication, the numbers can become alarming for anyone. 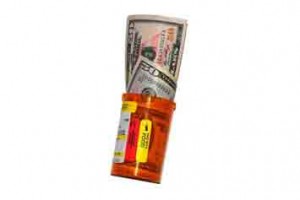 In previous blog posts we have discussed the lengths people will go to save money, such as spending less ongroceries or entertainment, relying more on credit cards, postponing paying other bills, or applying for government assistance.  Others took more dangerous measures, such as putting off a doctor’s visit, declining a test, delaying a procedure, or cutting dosages without first talking to a doctor or pharmacist.

No one should have to sacrifice their health due to a lack in finances. For those unable to afford their medications, NeedyMeds has an extensive database of Patient Assistance Programs (PAPs). NeedyMeds also has information on Coupons and Rebates that can help lower the cost of necessary medications. For those without any prescription coverage, the NeedyMeds Drug Discount Card saves 0-80% on any prescribed medication. A plastic card can be ordered online or requested by calling our toll-free helpline at 800-503-6897, or a printable version can be found on our website as well as a smartphone app on Apple and Android devices. If you would like to add your voice to those calling for affordable medicines for all, sign the Access Our Medicine declaration.