A Bitter Pill to Swallow: Many Americans Can’t Afford Their Medicine

For the first time in decades, Americans are actually spending less on their medication That’s according to a recent study by IMS Institute for Healthcare Informatics which found  the total spending on medicines fell 3.5 percent last year –from $329.2 billion in 2011 to $325.8 billion in 2012. The study attributes much of it to an encouraging trend: the declining use of brand-name drugs and the greater availability of less expensive generics. But it’s not all good news. The study’s authors say that the decrease spending on medications was driven also by consumers cutting back on health care overall – and going to the doctor less and less, because they can’t afford to. 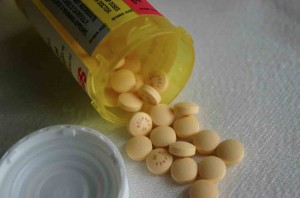 Problems paying for medical bills and medications remain the most pressing financial problem Americans face, even more so than problems with making their mortgage payments or paying other big household bills. And, saving money on health costs frequently means cutting corners elsewhere—both findings according to an annual national telephone poll by Consumer Reports Best Buy Drugs a free public education project that provides free guidance on the safety, effectiveness, and cost of drugs. More than half of survey respondents who take at least one prescription drug said they had to take steps to reduce other household expenses or change how they manage their finances to pay for their medication. Those steps included spending less on groceries, relying more on credit cards, and postponing paying other bills. And many took some potentially dangerous measures, such as putting off a doctor’s visit, declining a medical test, delaying a medical procedure, failing to fill a prescription, or cutting pills in half without the OK from their doctor or pharmacist.

If you’re having trouble affording your medications, bring it up with your doctor. Consumer Reports’ research shows that only 6 percent of patients found out the cost of a prescription drug during a doctor visit, while two-thirds first learned how much their drug would cost when picking up their medicine at the pharmacy counter. One way you can lower your out-of-pocket drug costs is by asking your doctor to prescribe a generic version of the drug you’re taking. Generic drugs are just as effective and safe as their pricier brand name counterparts. The Food and Drug Administration requires that over-the-counter and prescription generic drugs have exactly the same active ingredients in the same strength as the brands they copy.

Consumer Reports’ videos are for your personal, non-commercial use only.

Best Buy Drugs’ experts also recommend shopping around, since prices for the same drug can vary from pharmacy to pharmacy. For example, a one-month supply of generic Lexapro and generic Lipitor cost about $100 less at Costco than at CVS or Rite-Aid. Also, consider getting a 90-day refill of your drug, rather than just a month’s supply, take advantage of discount generic-drug programs, and when you pick up your prescription, tell the pharmacist you want the lowest possible price, whether you have insurance or not. The retail prices can sometimes be lower for certain drugs than many insurance copays. Take the generic Lexapo example: It cost an average of $7 at Costco—which could be less than your insurance co-pay, which his often about $10 for generic drugs. Find out which pharmacies have the lowest out-of-pocket drug costs.

Ginger Skinner is a writer for Consumer Reports Best Buy Drugs, a public education project dedicated to helping you talk to your doctor about prescription drugs, and helping you find the most effective and safest drugs for the best price. Learn more about how to save on your medications.

What Is A Specialty Pharmacy And How Can One Help Me?

The Causes for Increased Cost of Medications