by Mark A. Kelley 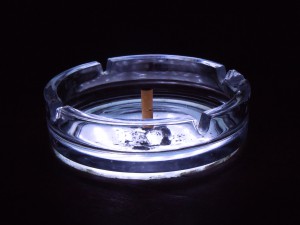 As a lung specialist, I am often asked whether the body can recover from many years of smoking. Based on decades of research, the answer is a resounding “Yes” … but only if you quit smoking — completely.

What Are The Risks of Smoking?

Heart and Vascular Disease – There is a strong association between smoking and the development of atherosclerosis, the “hardening of the arteries” that causes heart attacks, strokes and aneurysms. These conditions are among the major causes of death in smokers. A heart attack is 2-4 times more likely in a smoker than a non-smoker. Quitting smoking is the single most effective way to reduce the risk of a future heart attack.

Lung Injury and COPD  – A person’s first puff from a cigarette invariably causes coughing. This is the body’s warning sign that inhaled smoke is damaging the lungs. Cigarette smoke irritates the lung’s bronchial tubes, causing mucus production. The smoke also paralyzes the cells that clear mucus and debris out of the lung. Over time, cigarette smoke causes mucus plugging, swelling and, sometimes, destruction of the bronchial tubes. This makes the lung more vulnerable to infections. When bronchial tubes are blocked or distorted, it is also much harder to move air in and out of the lung. This condition, called chronic obstructive pulmonary disease (COPD), is a leading cause of death and disability.

Nicotine Addiction – Nicotine is one of the most addictive substances known — often compared to heroin. Nicotine withdrawal produces symptoms similar to opiates, which is why is it so difficult to quit smoking. Cigarette smoke delivers nicotine immediately to brain areas associated with pleasurable sensations. Nicotine also increases heart rate and blood pressure, and constricts blood vessels.  This puts strain on the heart and promotes vascular disease.

Cancer – Smoking cessation for 10 years cuts the risk of lung cancer in half. The reason is that the lung is no longer exposed to the carcinogens in cigarette smoke. With continued abstinence from smoking, the risk continues to decline. Similar results have been seen with laryngeal and other forms of cancer.

COPD – Smokers expose their lungs to the constant irritation of cigarette smoke, and have a faster decline in lung function than non-smokers. This decline occurs slowly and is not noticeable until the lung function is so low that it affects everyday activity. At that point, smoking cessation will reduce lung irritation but the chronically diseased lung cannot repair years of damage. The best strategy is to stop smoking before significant damage has occurred. The good news is smoking cessation can halt the rapid decline in lung function before more damage occurs.

Nicotine Addiction – Most smokers want to quit smoking but nicotine withdrawal is a major obstacle. As the old saying goes, “if it were easy, everyone would do it.” Most smokers who try to quit fail multiple times. However, the encouraging statistic is that millions of Americans have kicked the habit. The best results come from planned programs to break the nicotine addiction and eliminate lifestyle habits associated with smoking.

In summary, smoking has life-threatening health care risks.  Once a person stops smoking, these risks decline significantly over time. While kicking the habit is challenging, the health benefits are enormous. It is never too late to quit.

For more information about smoking and health risks,  see the Centers for Disease Control (CDC) and the American Lung Association.

The Sun – America’s Leading Cause of Cancer