We are in the beginnings of an election year in the United States and the first primary votes to determine the Democratic nominee will be cast in the coming weeks. Healthcare costs remain a top concern for voters, and candidates have developed varying proposals to improve healthcare, reform the current system, and reduce healthcare costs in the U.S.

Independent Senator from Vermont and 2016 Democratic Presidential Candidate Bernie Sanders has long championed the ideal of single payer healthcare, often referred to as Medicare for All in the U.S. In a single payer system, the federal government fully covers every service and procedure, including dental, vision, long-term care and abortion, with no out-of-pocket charge to patients. Bernie Sanders has often claimed Medicare for All is the only way to address deeper problems in the United States healthcare system, from medical bankruptcies to high maternal mortality rates, especially among poor and minority women. Senator Sanders has proposed allowing importing medication from abroad at lower costs and the creation of a government bureau to set drug prices based on their costs in countries like Canada, United Kingdom, and Japan. That bureau would also consider a drug’s research and development costs and federal investments that contributed to its development; if companies don’t comply with the price, the government could let other companies produce the drug.

Massachusetts Senator Elizabeth Warren joins Sanders in supporting a single-payer healthcare system, though has indicated that she would wait until later in her term to make such a drastic change. Senator Warren has said she would use existing executive powers to lower the price of high-cost prescriptions that were patented with government-funded research in her first days in office, and supports legislation to create a government-run pharmaceutical manufacturer that would act when a drug has shortage of competition or there’s a major price hike. 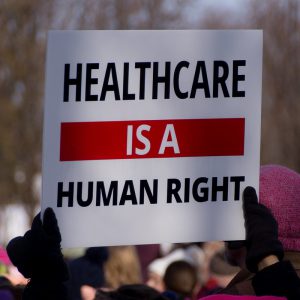 While many criticize that such an overhaul would be economically painful, the point is to streamline for patients an inefficient and harmful healthcare system that makes money for industry through irrational practices. Sanders and Warren want to reshape the healthcare system to be one that delivers efficient care at a reasonable price, not rewarding shareholders or buttressing the economy. Critics point to the high price of a single payer system — estimated between $20 and $36 trillion over the next decade — for why such a system is untenable. Under our current system, however, costs are projected to hit $52 trillion in the same amount of time all while the number of people with insurance is dropping and Americans are dying younger.

Other candidates support the creation of a public option being added to the current system in the pursuit of universal healthcare. Mayor Pete Buttigieg of South Bend, Indiana argues that a government-run health plan (that he calls Medicare for All Who Want It) would lower the cost of healthcare by competing with private insurers. Buttigieg supports caps on insurance premiums based on income and out-of-pocket costs for seniors, and increasing subsidies for low-income people shopping for insurance in the marketplace. He outlines plans to tackle surprise billing, limit what insurers can charge for out-of-network providers, and to empower the federal government to directly negotiate drug prices with pharmaceutical companies.

Former Vice President Joe Biden believes that slow incremental reforms are preferable to massive changes only ten years after passing the Affordable Care Act (ACA; aka Obamacare). Biden wants to protect the existing healthcare law that has been undermined by Congressional Republicans and the Trump administration, as well as expanding assistance programs for low-income Americans that have been eroded in recent years. The Biden Plan increases tax credits to help consumers pay for insurance coverage and proposes policies that encourage competition in the healthcare industry to drive down prices.

Minnesota Senator Amy Klobuchar has similar policy proposals to Buttigieg and Biden, including a public option and Medicare negotiating for lower prescription prices. Businessman-turned-presidential-candidate Andrew Yang has proposed treating specific challenges in the U.S. healthcare system in the pursuance of universal healthcare and lower costs as well as a universal basic income that would enable Americans to pay their bills, stay healthy, take care of loved ones, and put money directly into the hands of those in need. 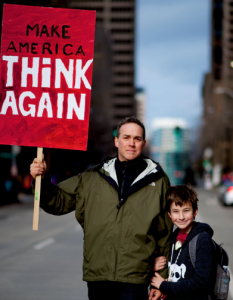 The eventual Democratic nominee will campaign against President Donald Trump who ran on a platform of abolishing the Affordable Care Act, saying it would be “so easy.” He claimed in 2016 his ACA replacement would have “insurance for everybody”, “no one will lose coverage” or “be worse off financially”, and that “Everybody’s going to be taken care of much better than they’re taken care of now.” While Trump failed to secure a Congressional vote to repeal Obamacare, he has succeeded in undermining the healthcare law through executive orders that opened the door to low-benefit insurance plans with high out-of-pocket costs and eliminated subsidies for low-income patients buying insurance in the marketplace. The Trump administration has supported a lawsuit that could eliminate the ACA, which would remove patient protections including for people with pre-existing conditions. Across the country, nearly 30 million Americans could be dropped from their health insurance if returned to pre-Obamacare standards. The Trump administration’s approval of work requirements for Medicaid and other assistance programs have led to fewer people being covered but not improved their ability to find or perform jobs. Trump’s policies have contributed to the first increases in the uninsured rate since the Affordable Care Act became law. A Trump proposal to increase price transparency for prescription drugs and hospital services have faced challenges in court, and may even increase healthcare costs due to lack of competition in the industry.

Here at NeedyMeds we prefer to remain apolitical — we work in a diverse office with views across many spectrums — but we believe in making informed choices. It should be clear that we support improved access to care and lower costs for medications and health services for all. While NeedyMeds does not endorse any candidate for president, we encourage all Americans to vote in their state’s primary elections and the general election November 3.

Our site has databases of Patient Assistance Programs (PAPs), Diagnosis-Based Assistance (DBAs), and Free/Low-cost/Sliding-scale Clinics to help those in need. The NeedyMeds Drug Discount Card can save up to 80% off the cash price of prescription medications for those without insurance or choose to use the card instead of insurance, and is also available in a printable form or a smartphone app for Apple and Android devices. For more help finding information, call our toll-free helpline at 1-800-503-6897.