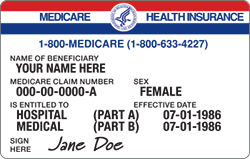 Medicare is turning 50 this week. In July 1965, President Johnson led Congress to create a federal health insurance program under the Social Security Act. Medicare covers people over 65 years old and younger people with certain disabilities or diseases. According to recent Yale University study, Americans on Medicare are spending less time in the hospital, living longer, and spending less on hospital visits as compared to 15 years ago.

The Yale study focused on Medicare beneficiaries over 65 years of age between the years of 1999 and 2013 and the trends in mortality, hospitalizations, and expenditures in that time.  All the measured trends decreased in the time examined; however the cost per inpatient death rose $2000 between 1999 and 2009, but then fell $4000 by 2013—$2000 less than the initial figure.  The out-of-pocket expenses for medical services dropped an average of almost $500 in the years studied.

Medicare is funded through the US Treasury, though patients still have some out-of-pocket expenses associated with their medical care.  The Affordable Care Act expanded Medicare benefits and funding to help those in need.

There are four different parts of Medicare:

In a previous blog post, we covered Medicare Savings Programs more in depth. If you are interested in learning more or applying for Medicare, contact your local State Health Insurance Program (SHIP) site. NeedyMeds also has information on other Government Programs for those in need.