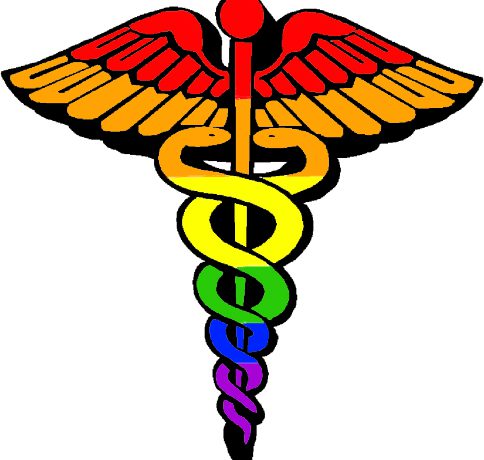 Lesbian, gay, bisexual, transgender, queer, intersex, and asexual (LGBTQIA) people are members of every community. They are diverse, come from all walks of life, include people of all races and ethnicities, all ages, all socioeconomic statuses, and from all parts of the country. The healthcare needs of LGBTQIA people are sometimes unique and often overlooked, contributing to health disparities experienced by vulnerable populations.

Experts report that LGBTQIA people often avoid seeking out medical care or refrain from “coming out” to their healthcare provider. Marginalized people can face discrimination in any venue, and LGBTQIA patients could be made to feel that their gender identity or sexual preference is itself an illness or mental disorder. This compromises an entire community of lesbian, gay, bisexual, transgender, nonbinary, intersex, and asexual people who are at increased risk for several health threats when compared to heterosexual or cisgender peer groups:

The Affordable Care Act (ACA) had helped over 10 million Americans gain insurance during the Obama administration, including many LGBTQIA people. The ACA prohibited health insurance marketplaces from discriminating on the basis of sexual orientation and gender identity. The 2015 Supreme Court ruling of Obergefell v. Hodges recognizing marriage between gay and lesbian couples throughout the United States led to more married couples to access their spouse’s health insurance.

Despite progress, the LGBTQIA community continues to rank among the most underserved populations in terms of healthcare. Homophobia, transphobia, and stigma can significantly impact a person’s ability to receive suitable care. Over 27% of transgender people in the U.S. report being denied healthcare. Barriers to access can be compounded when a patient’s identity as LGBTQIA intersects with other marginalized communities. Black, Indigenous, people of color (BIPOC) who are LGBTQIA are subjected to compounding systems of oppression such as homophobia, transphobia, and racism.

In 2022, Texas law enforcement is investigating parents supporting their transgender children as grounds for child abuse while other state legislatures have moved to actively criminalize gender-affirming healthcare for trans youth or deny the existence of LGBTQIA people in educational settings, endangering the health and safety of individuals and families. These actions are often taken under the guise of protecting children, but in fact inflict real harm on marginalized people of all ages. Even if the accusations are unfounded and the laws are unconstitutional or never enforced, they can still be used to affect employment or permit abuse of vulnerable people — including children.

Mental health is a major concern for LGBTQIA people often dealing with physical or emotional abuse, body dysmorphia, depression, or feeling unsafe at school or work, and there are areas of the United States where finding sympathetic and appropriate help can be prohibitively difficult. Research has found that LGBTQIA people are 29% more likely to experience memory problems as compared to peers with similar characteristics such as age, gender, race and ethnicity, marital status, and income. Other studies have found that LGBTQIA people are more likely to report feeling sad or hopeless for periods of at least two weeks, and having contemplated or attempted suicide. Even as youths, LGBTQIA people are at higher risk of violence, substance abuse, homelessness, and other suicide-related behaviors.

While LGBTQIA people have not been found to be more susceptible to contracting COVID-19, the mental strains of the ongoing pandemic has affected their communities in unique and harmful ways. Some health habits common among LGBTQIA people have raised additional concern among health professionals. LGBTQIA people use tobacco at a rate 50% higher than the general population and COVID-19 often presents as a respiratory illness that has proven especially harmful to smokers. Higher rates of HIV and cancer in the LGBTQIA community mean a larger percentage have a compromised immune system which increases vulnerability to coronavirus infection.

If you are looking for a LGBTQIA-friendly medical center, the Human Rights Campaign has an interactive map with locations of over 1600 healthcare facilities in the United States. To further help those in need, NeedyMeds has a growing list of programs in our Diagnosis-Based Assistance database for transgender people that offer various forms of assistance such as financial aid or legal services. We also list recreational camps and retreats and academic scholarships available for LGBT youths looking to continue their education. For more information, call our toll-free helpline at 1-800-503-6897 (open 9am to 5pm ET, Monday through Friday).

What Is Public Health?