Health care in America was a constant subject of conversations in public venues and political forums in 2017. There has been confusion about health insurance, failed legislation, Executive Orders reversing Obamacare guidelines, tax plans affecting healthcare costs, and the failure to fund healthcare programs that cover millions of low-income Americans. People in the United States continue to count healthcare costs as a major concern. 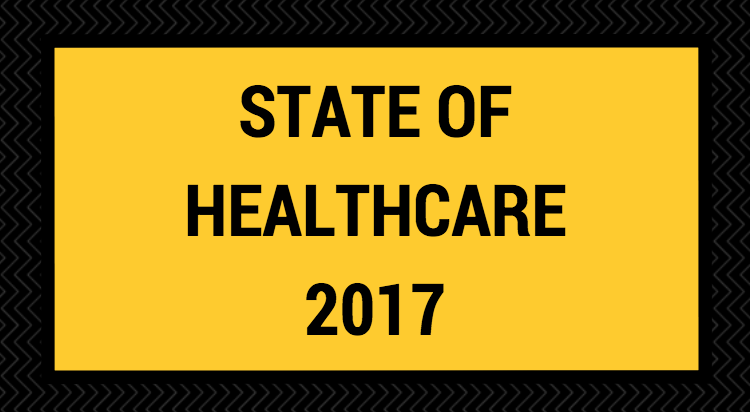 We at NeedyMeds prefer to remain apolitical, but it is difficult to avoid the partisan nature of the changes in health care in America since the Trump administration’s inauguration last year. Donald Trump ran on the platform of repealing the Affordable Care Act (aka ACA; Obamacare), saying it would be “so easy.” He claimed his Obamacare replacement would have “insurance for everybody” and that “Everybody’s going to be taken care of much better than they’re taken care of now.” In practice, all “Trumpcare” bills failed to pass through Congress due to bipartisan disagreement over the destabilization they would cause in millions of Americans to losing insurance and the expected increase in premium costs.

Meaningful legislation did not affect Obamacare until Executive Orders allowing insurers to offer low-benefit insurance plans and ending subsidies to insurance companies that help cover low-income Americans. The ACA was also impacted by the tax bill passed late December 2017 that included an end to the individual mandate—a rule requiring most Americans to have health coverage designed to ensure that not only sick people buy insurance, thereby lowering premiums for everyone. Those opting out of insurance will generally be healthier people—leading to increased premiums for those left paying them—and poorer people who may not consider the cost of insurance to be immediately beneficial. Poverty has a major impact on health, with people of all ages under the poverty line having generally poorer health, so lack of insurance could leave those who experience accidents or health conditions with extraordinarily high out-of-pocket costs.

Low-income Americans may also be feeling the grip of healthcare costs as government programs have limited funding. The Children’s Health Insurance Program (CHIP) and Community Health Centers Fund have both faced debilitating cuts as they expired September 30, 2017. They were partially funded until March with the latest temporary federal spending bill, but the uncertainty of future funding has millions of Americans concerned for the health care of their children, themselves, or the jobs of 160,000 healthcare professionals working in community health centers across the nation to help those with low-income and are often covered by CHIP or Medicare/Medicaid.

Other unexpected factors have the potential to shake up healthcare policy in America going into 2018. The Secretary of Health and Human Services Tom Price resigned after it was discovered he was misusing taxpayer funds while overseeing a budget of over $1 trillion meant to finance health programs that affect over 100 million Americans, regulating food and pharmaceutical industries, and sponsoring biomedical research in the United States. Former pharmaceutical executive Alex Azar is currently nominated for the position, awaiting Congressional approval. The Presidential Advisory Council on HIV/AIDS (PACHA) were all fired last week, alarming many healthcare policy analysts. Founded by the Clinton Administration in 1995, PACHA advised the White House on HIV/AIDS policy strategy by unpaid appointees designed to include doctors, members of the healthcare industry, and people living with HIV. The mass dismissal follows six members resigning over the summer, citing the Trump administration’s apparent disinterest in helping the HIV/AIDS community.

As said, we at NeedyMeds prefer to remain apolitical—we work in a diverse office with people of varying backgrounds and views—but we believe in being informed and that those in need deserve care. It should be clear that NeedyMeds supports improved access to care as well as lower costs for medications and healthcare services for all.

NeedyMeds also encourages Americans to be active in the legislative process: If you have an opinion on the future of the health care or other important issues in the United States, call 202-224-3121 to reach the U.S. Capitol switchboard; from there you can be connected to your elected House Representative or Senator’s office.