Transgender Awareness Week falls between November 12-19 every year and is meant to help raise visibility of a vulnerable and underserved community.  ‘Transgender’ is an umbrella term for people whose gender identity is different from the sex assigned at birth; ‘gender identity’ is one’s innermost concept of self as male, female, a blend of both, or neither. 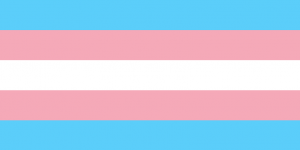 Transgender/gender non-conforming people experience gender dysphoria, a clinically significant distress recognized by the American Psychiatric Association’s Diagnostic and Statistical Manual of Mental Disorders (DSM) caused by a person’s assigned birth gender differing from the one with which they identify. This leads to increased depression among the transgender community, which can be exacerbated by being rejected by family and friends, abuse/violence, or experiencing discrimination.

According to the U.S. Department of Health and Human Services, the Affordable Care Act (ACA) protects against discrimination based on gender identity. Despite these protections, over 27% of transgender/gender non-conforming people report having been denied healthcare. Even paperwork can be a barrier to access for transgender individuals as standard forms often only list “male” or “female.” Nearly 21% of transgender people in the US report being subjected to harsh or abusive language from a healthcare professional, and an almost equal amount say healthcare providers have blamed them for their own health conditions. Transgender people report the highest rates of discrimination and barriers to care among the LGBT community.

Transgender rights and protections have been scaled back by the Trump administration. The Department of Justice announced in October 2017 that civil rights laws do not protect transgender people in the workplace, reversing a guideline instituted by President Obama on Title VII of the Civil Rights Act. Earlier last year, the Department of Education rescinded Obama’s Title IX guidance for transgender/gender non-conforming people in schools. Critics of these changes to remove protections from an already vulnerable population call the new guidelines “license to discriminate” while supporters claim it is their “religious liberty” to deny services or access to individuals based on belief.

According to a drafted memo from the Department of Health and Human Resources from October 2018, there are plans to define a person’s gender as immutable from birth—invalidating the experience and gender transitions of transgender people while going against established biological understandings of gender, including intersex individuals (people born with any of variations in sex characteristics including chromosomes, gonads, sex hormones, or genitals that do not fit the typical definitions for male or female bodies). Critics decry these actions by the Trump administration as attempts to “erase” the transgender community for politically motivated purposes that could have a major effect on people’s health and lives.

Human Rights Campaign (HRC) has information on finding insurance for transgender-related healthcare. To further help those in need, NeedyMeds has a growing list of programs in our Diagnosis-Based Assistance database for transgender/gender non-conforming people that offer various forms of assistance such as financial aid or legal services. We also have listings for recreational camps/retreats and academic scholarships for LGBT youth and their families. NeedyMeds’ unique crowdfunding platform HEALfundr is also available for individuals trying to raise funds for their transition. If you know any programs assisting transgender/gender non-conforming people that we don’t have listed on our site, leave a comment and let us know about it.