Hemophilia is likely the most known bleeding disorder, affecting one in 5,000 male births. The exact number of people living with hemophilia in the US is unknown, but the CDC estimates the number to be about 20,000.  Only found in males, hemophilia is usually diagnosed in the first 36 months of life. Two-thirds of cases are determined to be hereditary with a family history of the condition. However, one-third of babies born with hemophilia have no known history and are not diagnosed until an unusual bleeding event occurs.  Bleeding into the joints, causing swelling and pain, is common with hemophilia as well as bruising or frequent and hard-to-stop nosebleeds. 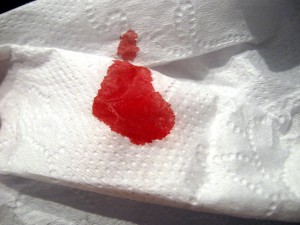 Von Willebrand disease (VWD) occurs in both men and women and affects 1.4 million people in the US.  Like hemophilia, most cases are inherited though a small number are diagnosed with no family history.  VWD presents with frequent or hard-to-stop nosebleeds, easy bruising, longer than typical bleeding after injury, and heavy menstrual bleeding in women.

NeedyMeds has a Diagnosis Information Page for hemophilia providing information and links for those looking to learn more and find assistance that is available.  Our Diagnosis-Based Assistance database has lists of programs supporting individuals with hemophilia, von Willebrand disease, and other bleeding/clotting disorders. Use our website or call the NeedyMeds toll-free helpline (1-800-503-6897) for more information.

Be Healthy Going Back To School

Finding Help with Allergies and Asthma