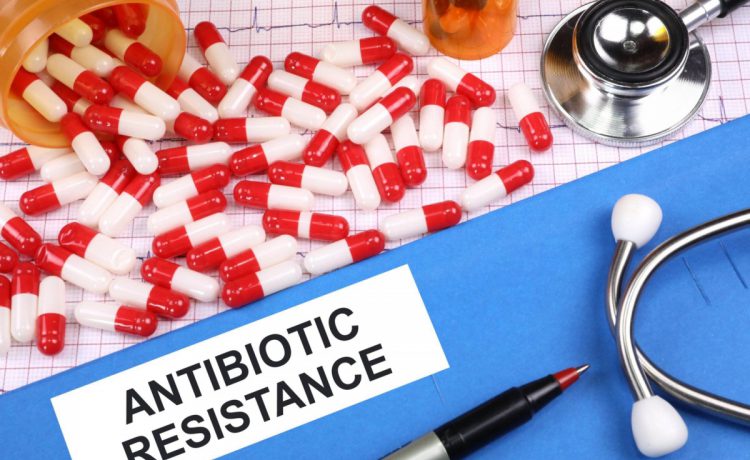 Antibiotic resistance is a problem most healthcare providers are aware of, but many patients are not. While I learned about MRSA (Methicillin-resistant Staphylococcus Aureus) in medical school over 40 years ago, as a pediatrician antibiotic resistance was most evident when my patients returned with persistent ear infections. In retrospect, it was more complicated than I knew at the time. While some of the resistant ear infections appeared to respond to a different antibiotic — many of which were likely caused by bacteria resistant to the initial antibiotic chosen — others did not. It is now known that a lot of those ear infections did not respond because they were viral and would have resolved without antibiotics. The same is true of many pneumonias, sore throats, and sinus infections — especially in children. What was standard care at the time inadvertently contributed to the problem.

Inappropriate use of antibiotics such as treating known viral infections including head colds, flus, and COVID-19, treating infections for too long, and overuse of broad-spectrum antibiotics have been major contributors to the problem. The other major contributor is the unnecessary use of antibiotics in farm animals. Approximately 80% of the antibiotics used in the United States are given to livestock to prevent, control, and treat infection, enhance feed, and promote growth. In many cases this is done to compensate for the poor conditions the animals live in.

Some people are more susceptible to developing antibiotic resistance and will be at higher risk as the situation worsens. This includes older people and those with weakened immune systems from AIDS, treatment for an autoimmune disease (like lupus) with immunosuppressive therapy, cancer treatment, or the recipient of an organ transplant or stem cell (bone marrow) transplant.

Although complicated genetically, the basic process is that some bacteria will naturally have or become resistant to one or more antibiotics. When the number of resistant bacteria is small, the body’s immune system can deal with them and resolve the infection. When there are too many of these resistant bacteria, some will survive and pass along genetic coding to other bacteria that allows them to be resistant to the same antibiotics. This is usually between the same type of bacteria, but can also happen between different strains and species of bacteria.

The more antibiotics are used the more likely resistance develops, both in the types of bacteria and the number of antibiotics. In addition to Staphylococcus Aureus, other bacteria that are commonly resistant to multiple antibiotics (aka superbugs) include Clostridioides difficile, Enterobacteriaceae, Enterococcus, Acinetobacter, Escherichia coli, gonorrhea, and tuberculosis. The result is additive; thus the problem continues to grow at an increasing rate.

Part of the reason for this growth is that antibiotic-resistant bacteria can be spread in myriad ways including from other people, animals, insects, food, water, soil, air, and surfaces and equipment in healthcare facilities. In a mobile society and global economy, chances for exposures can come from anywhere in the world.

At this point the rate of antibiotic resistance — about 3 million infections last year in the United States alone — is increasing much faster than the ability to create and manufacture new antibiotics and other means to kill these bacteria or prevent them from multiplying and spreading. This is not surprising since the last new class of highly effective antibiotics was introduced 35 years ago. The major reasons for this are the effort needed to prevent the spread of infectious agents, the difficulty of developing new antibiotics, and the lack of appropriate motivation and funding to research, manufacture, and sell antimicrobials to treat these superbugs.

The current situation is a global problem and has had two major effects: a higher rate of serious infections and death due to infection, and a significant increase in the overall cost of medical care.

The major consequence of antibiotic resistance is that patients with resistant bacterial infections such as pneumonia, urinary tract infections, and gangrenous wounds will continue to get sicker. Many will need hospitalization and some will die from untreatable blood infections, fatal pneumonia, terminal cases of sepsis, or other untreatable infections before an effective antibiotic is found.

A study published February 2022 determined that antibiotic resistance is one of the leading causes of death in the world — 1.2 million deaths worldwide in 2019. These consequences occur because the initial presentation of an infection is usually the same whether or not the bacteria responsible is resistant and the healthcare provider will (and should) usually start with the recommended antibiotic. It is not until the infection fails to improve or gets worse that a resistant infection can be suspected.

Antibiotic resistance may compromise the success of many procedures — including joint replacements and organ transplants, and the successful treatment of cancer and chronic diseases like kidney failure, diabetes, asthma, and rheumatoid arthritis — that depend on effective prevention and treatment of infections. A similar effect on health and death rate also affects livestock and is also increasing over time.

For individual patients antibiotic resistance increases the cost of medical care in the form of longer hospital stays, more provider visits, higher costs for multiple and more expensive drugs, and lost wages. A 2019 article determined that the total annual cost of antimicrobial resistance in the United States was $20 billion for direct healthcare costs and about $35 billion in loss of productivity. By 2050, the global cost of antibiotic resistance could be $100-210 trillion.

There are many steps that need to be taken by healthcare providers to address the issue, such as:

Individuals can lower their risk of developing antibiotic resistance by:

People with pets can follow similar measures about vaccinations and hygiene and when treating them with antibiotics. People working with farm animals can contribute by improving living conditions for livestock to reduce the need for antibiotics due to environmental exposure and the risk of spreading resistant bacteria. They also need to follow their veterinarian’s instructions on the dose and duration of antibiotic treatments and stop the use of antibiotics when they are not needed for a specific infection.

National, multinational, or global committees such as the CDC’s Antibiotic Resistance Solutions Initiative, the WHO’s Global Antimicrobial Resistance and Use Surveillance System, and the Global Antibiotic Research and Development Partnership must be created specifically to look at the issue. They should devise solutions to the problem of antibiotic resistance such as the U.S. National Action Plan for Combating Antibiotic-Resistant Bacteria, Global Action Plan on Antimicrobial Resistance, and Tripartite’s Commitment Food and Agriculture Organization/World Organization for Animal Health/World Health Organization guidelines. They should also be empowered to find ways to implement those solutions, including stopping the sale of over-the-counter antibiotics and encouraging pharmaceutical companies to develop new effective antibiotics.

Regulation is something that few people want, but if well planned the intended regulation can be effective.

The final piece of the puzzle is funding.

Unfortunately, bacteria are only part of the problem; fungi, parasites, and viruses can also develop resistance to other types of antimicrobial drugs. Antimicrobial resistance and the presence of superbugs resistant to multiple antimicrobial drugs — and occasionally all known antibiotics — has truly reached the crisis level. It is past time to address the issue and steps must be taken immediately to increase awareness and find solutions to the problem before it continues to escalate and becomes the leading cause of death by 2050, as some experts predict.

For those unable to afford their medications, NeedyMeds has information on Patient Assistance Programs that provide prescription medications at low- or no cost for those that qualify, as well as information on Coupons and Rebates that can help lower the cost of necessary medications and $4 Generic Drug Programs available across the country. The free NeedyMeds Drug Discount Card can be used by anyone to help save money on their prescribed medication — even over-the-counter medicine if prescribed by a doctor. The card is available physically via mail, in a printable form, or as a smartphone app for Apple and Android devices. For more help finding information, call our toll-free helpline Monday-Friday 9am-5pm Eastern Time at 1-800-503-6897.

What Does “Off-Label” Mean?

How to Find the Best Prices for Prescriptions