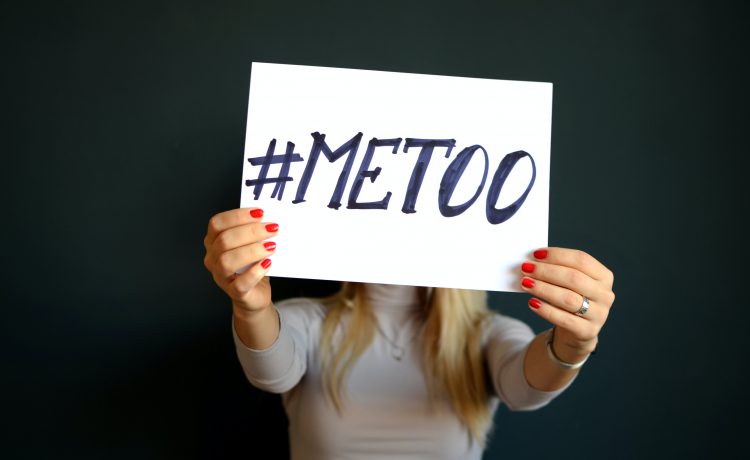 Over recent years, the #MeToo movement has grown to bring sexual violence, abuse, and toxic behavior into awareness within American culture, but there is still much misinformation and stigma to combat to ensure the health and safety of everyone affected. Systems of protecting abusers and retaliating against survivors have been observed in many industries: film, music, game development, education, elite sports, and the military — only brought to light after years of harm done to countless people.

Sexual violence is the most under-reported crime with only 36% of rapes, 34% of attempted rapes, and 26% of sexual assaults reported to law enforcement. Less than 1% of rapes lead to felony convictions while over 89% of victims face profound emotional and physical consequences. Despite misconceptions, the prevalence of false reporting is low — between 2-7%. The consequences of sexual assault reach far into the lives of survivors, families, and communities and have a major effect on public health.

Sex workers (escorts, exotic dancers, adult film actors, nude models, etc.) are often ignored when it comes to sexual violence and have their jobs conflated to sex trafficking in politics and law enforcement, endangering people working consensually in the sex industry. Disregarding the sex worker community in conversations about sexual assault prevention and rape culture perpetuates the stigma and punitive culture that allows violence to be committed — especially against marginalized people.

Accompanying body image and self-esteem issues, sexual harassment can lead to disordered eating or lack of appetite. Harassment can take pleasure out of experiences survivors would otherwise enjoy and cause them to withdraw from activities or places they frequent, going so far as to change daily habits to avoid discomfort. One’s perception of sexual harassment as a threat can lead to chronic elevation of the stress hormone cortisol which can cause inflammation throughout the body, lower immunity, and raise the risk for serious conditions like heart disease and cancer.

A disturbing trend in our culture is the blaming of survivors of sexual violence for their victimization. Sexual predators and other perpetrators of sexual violence are often given the benefit of the doubt with their supporters citing their own experience of the accused, asserting that the victim is not “innocent” enough, or making survivors feel responsible for their own assault. This can lead to reports of sexual violence going uninvestigated, especially if the attacker claims it was consensual. Victims of rape often report being further traumatized by how they’re treated by law enforcement when reporting the crime. 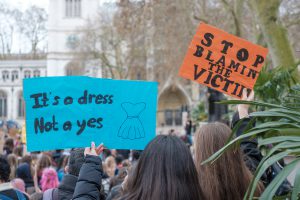 Victims are assigned blame because of what they wear, how they behave, or where they go — none of which makes a person responsible for someone assaulting them. Alcohol consumption is involved in half of all sexual assaults and is often used to shift blame away from a perpetrator, though studies have shown perpetrators of sexual violence report using alcohol at the time of the assault 10-30% more than victims. Negative views about women and anti-social behavior are much stronger predictors of sexual violence than alcohol use. These factors and more contribute to rape and sexual assault being the most under-reported crime in the United States — which in turn fosters more victim-blaming.

There has been a resurgence of politicization of the existence of LGBTQIA identities in educational settings characterized as placing children at risk of being “groomed” — a term commonly used to describe how sex offenders initiate contact with their victims. This trend to limit mentioning the full spectrum of sexual orientations and gender identities echo homophobic/transphobic campaigns from the 1970s in which far-right and religious groups characterized gay, lesbian, and transgender people as trying to corrupt the youth. This led to LGBT+ civil rights protections being stalled for decades. The language used and legislations passed negatively affect the mental health and safety of LGBTQIA families, while some conservative-controlled states seek to remove minimum age limits to consent for heterosexual marriage — which would make children in those areas more vulnerable to coercion, manipulation, and grooming from sexual predators. These conflicting positions expose the insincerity of their claims to protect children and stand to cause greater harm than anything they assert to prevent.