We are getting further away from Election Day in the U.S. and getting closer to 2017, when many of the changes voted on will take effect.  Americans voted on much more than president this past November that will impact our nation’s healthcare; several states voted to allow or expand cannabis (aka marijuana) use for medicinal purposes, Colorado weighed in on assisted suicide, and California proposed price caps on prescription medications.

Colorado became the fifth state to allow a person with a terminal illness to receive a prescription for life-ending drugs from a doctor, with two-thirds of Colorado voters supporting the “End of Life Options” law. The law was modeled after Oregon’s 22-year-old “Death with Dignity” law that requires two physicians to agree the patient is mentally competent and is expected to live fewer than six months.  California, Vermont, and Washington also have similar laws allowing for physician-assisted suicide. Opponents of the law point to a lack of safeguards protecting vulnerable individuals and the possibility insurance companies could begin determining it is more cost-effective to provide medical aid in dying as opposed to lifelong medical care. 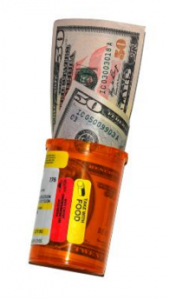 California voters turned down the Drug Price Relief Act by a margin of 46% in favor versus 54% opposed. The law looked to limit what state health programs paid for medications so that they matched the U.S. Department of Veterans Affairs (VA), which receives the steepest discounts in the country. With the cost of prescription medications being a huge issue this election cycle, many analysts cite the impact of pharmaceutical lobbyists in the measure’s defeat, with pharmaceutical companies contributing $68.5 million to the opposition campaign versus the $4.4 donated in support of the measure (mostly from the nonprofit AIDS Healthcare Foundation).

This election had four states voting for medical cannabis: Arkansas, Florida, Montana, and North Dakota all passed their referendums. Despite being a Schedule I substance federally, defined as having no accepted medical use, a total of 28 states plus Washington, DC now have cannabis as a medicinal option for patients. Cannabis is mostly prescribed for pain relief but can also be used to treat muscle spasms caused by multiple sclerosis, chemotherapy-induced nausea, lack of appetite from chronic illness, seizure disorders, and/or Crohn’s disease.

The biggest voting contest was that for President of the United States, which was won by businessman Donald Trump.  Some Americans have very serious concerns regarding their health care as President-elect Trump ran on a platform of repealing the Affordable Care Act (ACA; aka Obamacare) and overturning landmark reproductive health rights case Roe v Wade.  He has since softened on his stance on the ACA, saying there are provisions that he likes “very much”—namely, the ban on insurers denying coverage for pre-existing conditions and allowing young adults to be insured on their parents’ policies—but remains at odds with many on reproductive rights. During his campaign Donald Trump pledged to defund Planned Parenthood, which provides cancer/STI screenings and prenatal care to hundreds of thousands of Americans each year. Trump has named Georgia Representative and orthopedic surgeon Tom Price—an outspoken opponent of the ACA and Planned Parenthood—as nominee for Secretary of Health and Human Services, who would be responsible for an annual budget of over $1 trillion, health programs that affect over 100 million Americans, regulating food and drugs, and sponsoring biomedical research in the United States. Furthermore, with Republicans controlling the Senate, House of Representatives, and the Oval Office, some fear the dissolution or privatization of programs like Medicare or Social Security that help many elderly or younger Americans with disabilities or chronic illnesses.

We at NeedyMeds expect to grow in the future as the potential need for assistance navigating the sometimes-expensive landscape of health care rises. Our site has databases of Patient Assistance Programs (PAPs), Diagnosis-Based Assistance (DBAs), and Free/Low-cost/Sliding-scale Clinics to help those in need.  The NeedyMeds Drug Discount Card can save users up to 80% off the cash price of prescription medications for those without insurance or choose to use the card instead of insurance. In addition to the plastic card, the card is available in a printable form or a smartphone app for Apple and Android devices. For more help finding information, call our toll-free helpline: 1-800-503-6897.