All About Resources for Epilepsy

Over 2 million Americans suffer from epilepsy, with about 1 in 26 developing epilepsy in their lifetime. Epilepsy is a neurological condition that affects the nervous system causing seizures, and is the fourth most common neurological disorder affecting people of all ages. It is also commonly referred to as a seizure disorder. Epilepsy is different for everyone, as there are many different types of seizures. “A person is diagnosed with epilepsy if they have had at least two seizures that were not caused by some known and reversible medical condition… The seizures in epilepsy may be related to a brain injury or a family tendency, but often the cause is completely unknown.”

There are a number of treatments available for epilepsy. The primary way epilepsy is controlled is through medication, with about 7 out of 10 patients taking medications for treatment. Medication doesn’t actually solve the problems that cause seizures, instead focusing on stopping or preventing seizures from happening. For some patients medications simply don’t work, and many undergo surgery to control their seizures if medication does not help. Others try to control their seizures by changing their diet, or using devices that can help prevent or control seizures via nerve stimulation. 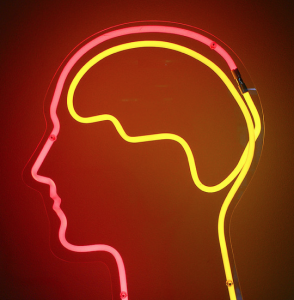 We have many resources for epilepsy listed on the NeedyMeds site. The first place to check would be our Diagnosis-Based Assistance listing for Epilepsy. This page currently has 47 programs listed, including both national and state-specific programs.

Some of the national programs listed include:

We also have an Epilepsy Disease Resource Page (http://www.needymeds.org/inclusions/epilepsy.htm). On this page we list what Patient Assistance Programs are available for epilepsy medications. We have also highlighted a handful of organizations that help people with epilepsy – the Epilepsy Foundation, NYU Comprehensive Epilepsy Center, CURE Citizens United for Research in Epilepsy, and Treatment Diaries. We also have 41 summer camps listed, and 11 scholarship programs. Know of any programs we missed?  Leave us a message in the comments, or send an e-mail to info@needymeds.org.

What you need to know before scheduling that Radiology Test

All About Medicare Savings Programs

How to Protect Yourself and Your Loved Ones Online