This week we continue to look at gender medicine- how diseases may manifest themselves differently, and how medications may affect differently- depending on whether you are male or female.

An editorial in Nature in 2010 urged us to “put Gender on the Agenda,” as increasingly we are seeing from research results that there are distinct gender-based differences in disease incidence and activity, and treatment methods, especially medication. Cancer, for example, is the second leading cause of death among women and men, (Anderson, R.N., Deaths: Leading Causes for 2000. National Vital Statistics Reports. 2002, National Center for Health Statistics: Hyattsville, MD), however mortality rates and the disease course differ according to gender. 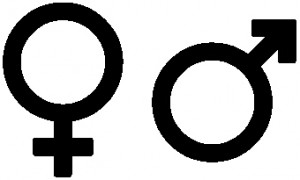 In looking at cancer, we see that in general, more women are screened but more men are diagnosed, and that “The gender differential in cancer incidence rates is comparable to ethnic and racial disparity in magnitude, and yet, most studies fail to look for it.” That is beginning to change with recent studies and clinical trials seeking to reduce disparities by including more women.

What accounts for these differences? Hormones? The environment? Genetics? Differences in how we react to medications? All of these can be factors, and many are being explored through gender-based studies.  This new research is fascinating and we promise to bring you updates!

The Lowdown on Specialty Drugs